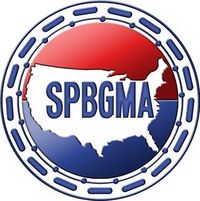 One of the 43rd Annual SPBGMA Bluegrass Music Awards most nominated bands this year is BRANDED BLUEGRASS. When Larry Norfleet, lead singer and guitarist for the band answered the phone early on the morning of December 15th, that news was not what he expected to hear. Though he was looking forward to attending SPBGMA, performing some showcases, hanging out with his Wilson Pickins Promotions team, he never imagined he would have such a personal reason to attend the awards show. Well…he still didn’t…he had NINE.

Here is the list of the associated nominations for Branded Bluegrass and it’s band members:

This is the first time being nominated for the Indiana-based bluegrass band. The members of Branded Bluegrass are very grateful and wish to thank all of the folks that voted, enjoy their music, request it from their favorite stations, the radio programmers that have been playing the records and hope to continue making music and making you all proud for a very long time.

“We are honored and humbled to be in such company with these other incredible nominees and wish everyone the best of luck!” – Larry Norfleet

You can check Branded Bluegrass out for yourself online, pick up a CD in their store, and DJ’s can download the current release MOST WELCOME on AirPlay Direct.